DynaPac™ Coalescing media is the industry standard for high efficiency oil water separators and separation systems. DynaPac™ coalescing media is ideal for new installations or replacement of existing media. Configurations are available for retrofitting any manufactures separators. Standard size for this media is 0.75" spacing, however we also carry this media in 0.50" or 1.25" spacing configuration.

HydroFloTech offers systems to separate liquid hydrocarbons (oils) from water by means of coalescing plate pack systems, down to 5 ppm. The following will explain the function and technical aspects of the DynaPac™Cross Corrugated Coalescing Plate Pack.)

The high efficiency of the Coalescing Plate Pack system is based on a limited rise distance of 6 mm or 12 mm for the oil droplets. For example, an oil droplet of 20 micron diameter at a density of 850 kg/m³ and a temperature of 20° has a rise velocity of 2 mm/min. After 3 min. retention time within the plate pack, the oil droplet will be captured by the underside of the next plate, ensuring separation.

The configuration of the plates will force hydrodynamic coalescence. The merging of very small oil droplets into larger ones will create extremely enhanced coalescence. Rising oil droplets are captured by the next higher plate. The oliophilic material of the plates ensures that oil droplets will never reach the separator outlet. They are concentrated at the top of the corrugated plates and will rise through the weep holes to the developed oil layer above the plate packs. The rise velocity is a function of the square of the oil droplet diameter. A twice as large oil droplet will rise four times faster, a triple size oil droplet will rise nine times faster etc. An oil droplet of 3 mm will rise with a velocity of 0,74 m/s through the weep holes (when the density is 850 kg/m³ and the temperature is 20°C).

Theory of the Coalescing Action and the Separation Process:

In 1845, an English mathematician named George Stokes first described the physical relationship that governs the settling solid particles in a liquid (Stokes 1845). This same relationship also governs the rising of light liquid droplets within a different, heavier liquid. This function, simply stated is:

Assumptions Stokes made in this calculation are:
1) Particles are spherical
2) Particles are the same size
3) Flow is laminar, both horizontally and vertically.

Laminar flow, in this context, means flowing gently, smoothly, and without turbulence.

Calculation of rise rate by this method is a gross simplification of actual field conditions because oil droplets are not all the same size, and they tend to coalesce into larger droplets. Furthermore, turbulence within a separator makes an orderly rise of very small droplets impossible. Droplets will rise following Stokes’ law so long as laminar flow conditions prevail.

When the particle size exceeds that which causes a rise rate greater than the velocity of laminar flow, the flow around them as they rise begins to be turbulent. Particles of this size and larger do not rise as rapidly as would be expected from calculations based on Stokes’ law because of the hydrodynamic drag. They do, however, rise very quickly in relationship to smaller droplets, and so are removed by a properly designed separator. 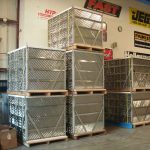 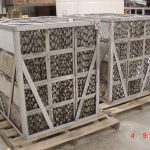 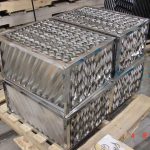 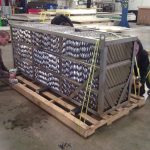 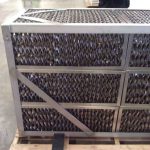 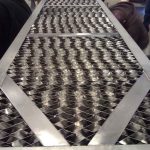 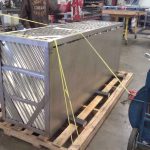 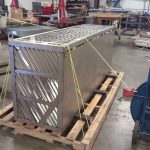 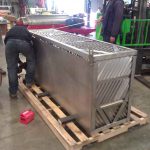 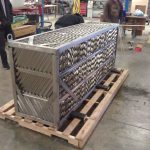 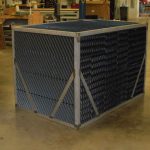 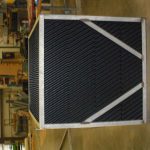 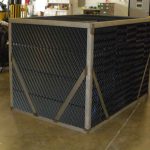 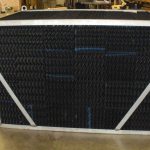 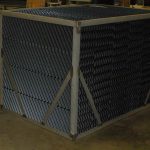 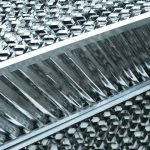 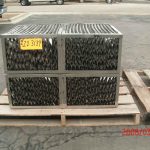 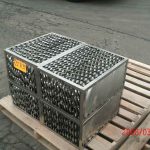 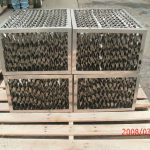 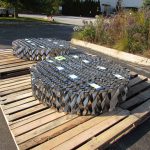 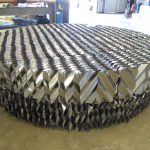 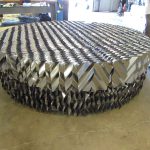 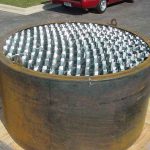 Thank you for using HydroFloTech online Sizing Sheet. A copy of sizing sheet has been downloaded to your computer 'Download' folder. Another copy has been emailed to you